REDUCTION OF THE DEEP-SEA SHARKS BY-CATCHES

Description: The black scabbardfish program was conducted in mainland Portugal, more specifically in Sesimbra, Peniche, Figueira da Foz and Matosinhos, in Madeira and Azores. The fisheries data collection was performed through an Observers program implemented and managed by seaExpert, through bibliographic research and in situ observations.

Ground elements related to black scabbardfish fishing in Portuguese waters: The black scabbardfish is widely distributed in the East section of Atlantic North, between 69ºN and 26ºN, from Denmark Strait to the Canary Islands and Bojador Cape (West Sahara), including Madeira islands and numerous underwater mounts (Pajuelo et al., 2007).

The black scabbardfish is currently one of the most important commercial deep-sea resources dealt with by the ICES Working Group in the Biology and Assessment of Deep-sea Fisheries Resources (WGDEEP). Considering this issue, the scientific councils produced by ICES on the exploitation status of the species has been a valuable scientific source for the European Union to establish member states biannual quota regimes in last four years (Machete et al., 2011).

Despite being considered a highly selective gear, black scabbardfish fishery with longline has the potential to catch other deep-sea species. Deep-sea sharks’ occurrence in black scabbardfish fisheries is common, suggesting the same depth level for both species (Machete, 2007). These species are generally considered as by-catch of other targeted species, like the black scabbardfish. The main elasmobranch species landed in mainland Portugal are the Portuguese dogfish (Centroscymnus coelolepis), Leafscale gulper shark (Centrophorus squamosus) and Gulper shark (Centrophorus granulosus) (Figueiredo et al., 2005).

Taking in account the decline in the black scabbardfish abundance stock in North Europe fishing areas (Sub-areas CIEM V, VI, VII and XII) (Fig.1), the workgroup responsible for ICES Assessment of Deep-sea Fisheries Resources (2006) suggested that the fishing effort should be significantly reduced.

Program goals: The program goal is to study the black scabbardfish fishery impact on all the deep-sea sharks populations in mainland Portugal (ICES zone IXa), Madeira (CECAF 34.1.2) and Azores and to identify measures to decrease its impact. For that it was expected to:

a) Quantify sharks’ by-catches per species;

b) Estimate the index of abundance of deep-sea sharks in the Portuguese waters;

c) Evaluate the degree of spatial overlap between deep-sea sharks and the black scabbard fish;

d) Study and describe the distribution and dynamics of the different sharks’ populations in areas where the black scabbard fishery occur, with a view to identify biological sensitive areas where fisheries should be avoided and study, describe and propose possible technical improvements in the longlines used;

Work plan for data gathering from black scabbard fishery: This plan describes an approach to deal with DGMARE’s instructions call for the studies and data collection through bibliographic research and the methodology used to collect industry, experts, scientists and public authorities’ inputs.

Data collection is a crucial step in the study’s planning and execution. If the data is collected randomly, it will be hard to answer our questions in a conclusive way. The following data collection techniques will be applied: ​

• Use the available information

There will surely be a great amount of data already collected by other entities that were not necessarily analyzed or published. To locate those sources and recover the information will be our starting point. That way, information about black scabbardfish fishery in Portuguese waters will be recovered from interviews made to captains/ship owners (interviews about fishing activity, fishing gear, target species, by-catch, discards, etc.), logbooks, VMS data, unpublished reports and documents from archives, libraries or fishing-related facilities (ex: ICES reports), work documents, scientific expeditions, observation programs, etc. Key-informers will also allow us to access available information.

It involves fishing operations’ observation and information registration. It will be carried out through Observers’ boarding on ships that fish in those areas, namely Azores, mainland Portugal (mainly CIEM IXa) and Madeira (CECAF 34.1.2). The Observers will have form documents related to black scabbardfish catches, by-catch, and deep-sea sharks’ discards, fishing gear and fishing areas. Data processing will be made by seaExpert in strait collaboration with University of Azores Department of Oceanography and Fisheries experts.

It involves a questionnaire to the ships’ captains. The answers will be noted in a proper form. Group discussions, mapping and scaling are other data collection tools that may eventually be used.

• Data may not always be easily accessible;

• The Observer’s presence might influence another kind of situation response;

• Events report might be less complete than the informations taken from the direct observations.

During the sampling on board, each caught specimen was categorically identified and quantified: target species (Aphanopus carbo and/or intermedius), by-catch and discards. Information about the fishing haul was also registered (spatial and time limits of the fish haul, fishing depth, fish hook number and fish hooks’ total number). For each trip, the total by-catch relative percentage, discards and landings in number and weight were calculated. Factors related to discarded fish amounts, like year, trimester, ship, fishing round and fish hook number were analyzed.

Special attention was given to the shark pregnant females with the purpose of identifying biologically sensitive areas where fishing must be avoided. This information analysis considered sampled species’ biology and ecology (example: long period of gestation).

The Observer’s main function was to find out the quantity and weight of all the species that were part of the deep-sea sharks’ by-catch in the black scabbardfish fishery, as well as calculate its percentage in the total of target species’ catches.

Observers were equipped with the following gear:

The data processing, result of the bibliographic research and the in situ observations, was conducted by seaExpert in collaboration with University of Azores Department of Oceanography and Fisheries’ experts. The processed data was referred to: catches, by-catch, discards, fishing gear, fishing areas and fishing stations. 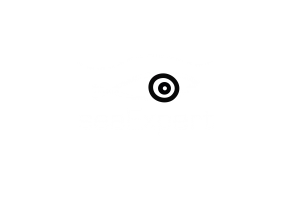